What we can learn from Walt Disney’s way of life…..

I recently read a book about Walt Disney (as a Disney fan) called Drawn from Imagination.  There are many Disney quotes I like, many you might not realise come from Disney.  One of my favourites being, “I hope we never lose sight of one thing, it was all started by a mouse” (Walt Disney)

The most powerful messages I took from this read was that Disney’s international success was only possible after immense dedication to follow his dreams and a resolute commitment to what he believed in, despite a very hard start in life and many, many setbacks.

Whether you are a Disney fan or not, you can’t fail to admire what the Disney legacy achieved and how much happiness it has brought to millions of children and adults alike.  Whether Walt and his brother Roy (who worked alongside him to fulfil his dream for creating amusement parks where children and their families could have fun together) would approve of how commercialised Disney has become, I guess we will never know, but reading this book gave me a real flavour of the grit and determination of someone with such passion.  Walt shared his special secret for making dreams come true.  “They are Curiosity, Confidence, Courage and Constancy and the greatest of these is Confidence.  When you believe a thing, believe it all over, implicitly and unquestioningly.”  (Walt Disney)

The resounding message that comes through every chapter is never to give up on your dreams and is truly inspirational.  If you decide on a direction or a project, give it everything you have and do whatever it is to the best of your ability.  Walt Disney was bankrupt a few times before his ship came in, but he never lost hope that one day it would all work out.  The message we can all take from this, is even when things are not going your way, of course it may be time to change something, (afterall, we all know if you keep doing what you’ve always done, you’re going to get the same results) keep going and never give up.

Today we hear guru’s telling us about how important it is to be authentically you in all you do, taking real action, making things happen and being genuine in your approach and relatable – so people can buy into ‘you’ – as people buy from people, people do business and trust those who are believable and real, so my message is keep the faith, stay true to yourself and forget trying to keep up with today’s guru’s, the latest buzz words or top selling business books you ought to be reading ……..you can learn everything you need to know from this little book of Walt’s life experiences.   If you have commitment to your goals, can offer dedication and perseverance and have the confidence to see things through, you’ll do ok.    Time to draw a line and move forward?  As Walt so eloquently said, “if you can dream it, you can do it”.  They say we regret the things we don’t do, not those we give a go, is it time you shook off whatever is holding you back?  Shoot for the moon and with a bit of luck, at worst you’ll land amongst the stars! 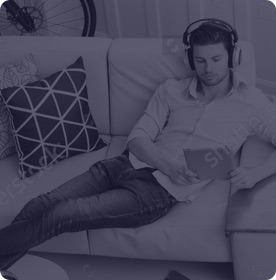